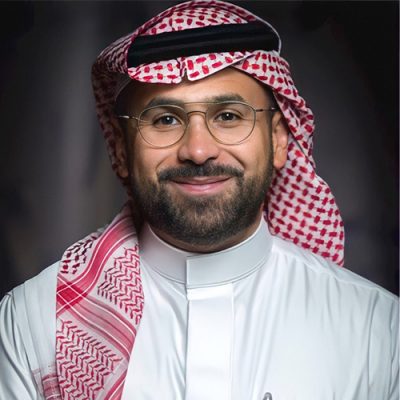 Fahad Aljuwaidi is the Country CEO in Saudi Arabia at First Abu Dhabi Bank (FAB), the
UAE’s largest bank. Fahad is also the Chairman of the Foreign Banks’ Committee and Board
member at FAB Capital.

Fahad has over 20 years of international work experience in the financial services industry and
in management consulting. In his role at FAB, Fahad has the responsibility for leading and
growing our KSA franchise; retail, private, corporate, and investment banking. With a focus on
growth, Fahad has led the enhancement of the operating model in KSA. Fahad has also been
instrumental in addressing regulatory compliance and requirements.

Prior to joining FAB, Fahad held several senior positions throughout his career, such as, at
The World Bank and Boston Consulting Group (BCG) in the United States and France, Riyad
Bank, and Al Rajhi Takaful.

Fahad has lived in the US and Europe for over 20 years.

We enable the financial services world, to deliver the future of banking. Applications that power financial institutions, marketplaces that accelerate industry & an open innovation platform for banks, fintechs & non-banks to connect and collaborate

Oracle offers suites of integrated applications plus secure, autonomous infrastructure in the Oracle Cloud. For more information about Oracle (NYSE: ORCL), please visit us at oracle.com.